According to the Uyanis Buyuk Selcuklu Episode 22 trailer, the Sultan Malik Shah swears to his son, that I swear i will not come to the palace without your revenge. And on the other hand, Ahmad Sanjar reaches out to Hassan Sabah’s son and says that you are from Torna stay away. She has been mine since I saw her. And I will marry Torna Hatun. If you look at her, I will take out your eyes. Hassan Saba’s son says to Ahmad Sanjar then be a man and make Torna your own. Then the Sultan says that if you cannot reach the sky, you cannot rule the earth again. 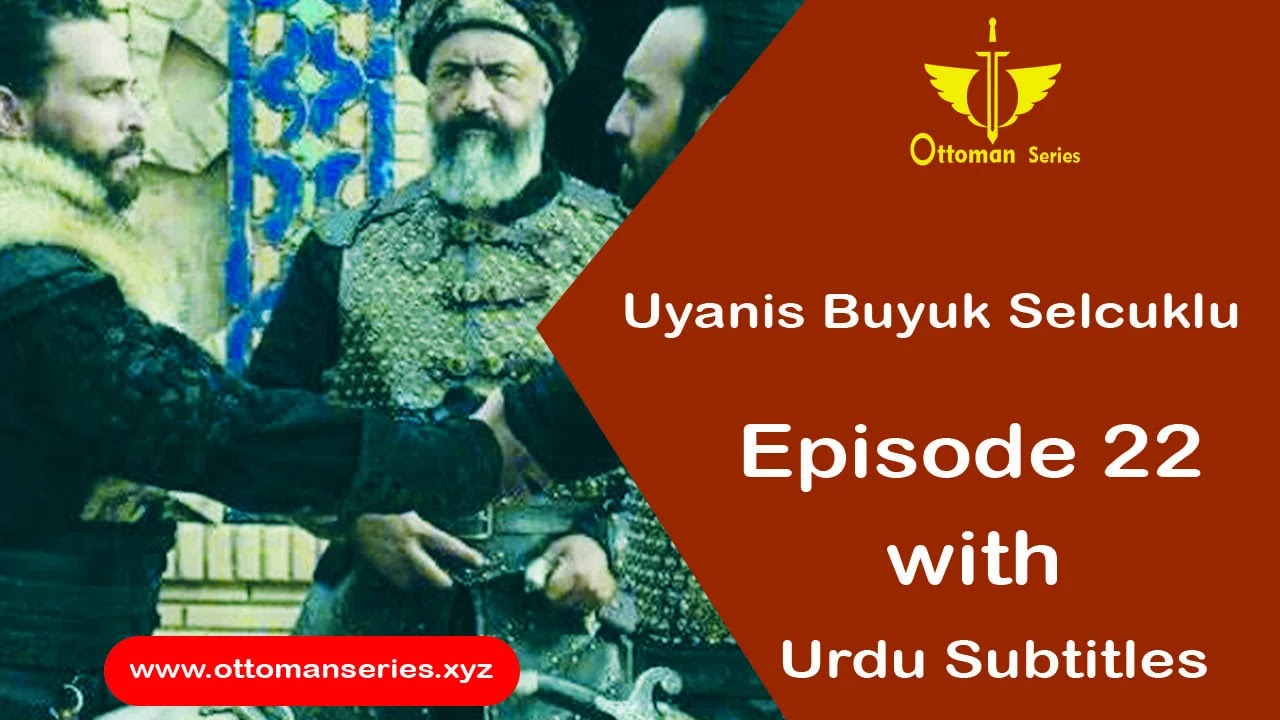 Uyanis Buyuk Selcuklu Episode 21 starts from there when Sultan tells his brother where the secret of my secret son has come from. So the Sultan’s brother says that I went to visit my mother, she was talking about the Bhashulu Khatun and your secret son. On the contrary, the Sultan becomes very angry and says that you do not know that my mother is ill. And her mental condition is not good and you have come out here as if you have got some important information. When Sultan Malik Shah’s brother leaves the palace, Nizam-ul-Mulk tells the Sultan that the country is trying to make things worse, but he will not discuss the issue again after your reply. The answer to this is the sick condition of my Sultan Ambassador. Malik Tutush may have said the words himself under the pretext of being an ambassador. News has come about a caravan coming from the area of Malik Barkiyaruq, that they have been attacked and all their belongings have been stolen.

In Nizam-e-Alam episode 21, Ahmad Sanjar and his soldiers go to the funeral prayer of Torna Khatun’s father. Then Hassan Sabah’s son comes to her and says that i am sad about what happened to him. Your father, Amir al-Tabral, was a capable man. On the contrary, the Torana Hatun says, “I wish you knew him when he was alive.” Then Sultan calls Zubeida Hatun and asks her about the caravan that I told you to be careful. Those weapons were very important, yet you did not take action. I have made a big mistake by trusting you. The biggest punishment you will be given is that you will never be given such an important responsibility again. Get out of my sight now.

In Nizam-e-Alam episode 21, Marcos is very happy and tells his soldiers that the plan for Malik Shah’s great victory has been scrapped before it starts. Marcos attacks the caravan coming from Malik Barkiyaruq, the son of Malik Shah, and the caravan contains many weapons and steel plates that Sultan Malik Shah wants to use to eliminate the infidels, but Marcos attacks the caravan. Takes possession of all goods and he tries to take the booty to a safe place. Then he tells his soldiers that when Prince EzaCios secures the road, Petraeus will inform us. And then the time will come when Malik Shah will be destroyed with his own weapons. And I am carrying this glass of wine for Quds and drinking it. So Marcos’s soldiers get a lot of courage, they start chanting slogans about Marcos and shout “Long live Quds”.

In Episode 21, Ahmad Sanjar goes to the General of the Crusaders and tells him that I have come to get you out of here. No one obeys the order of Sultan Malik Shah and I have come to get you out of here under the order of Sultan but if you help us to find Marcos i will acquit you. On the other hand, your friends have betrayed you and left you alone. Did they not try to kill you during the battle? Sultan Malik Shah has saved you from the evil of your friends. Can’t you do the same for Sultan Malik Shah? And neither the Father nor the Emperor cares about you. If they cared about you, they would never leave you alone.

At the end of Nizam-e-Alam episode 21, Marcos follows him with the intention of assassinating the son of Sultan Malik Shah, where they are trying to make sword-making equipment. On the other hand, Malik Tapar tries to fight the infidels till his last breath, but he cannot get up in an injured condition and falls to the ground. When Sultan Malik Shah learns of this attack, he rushes to the scene of the attack and sees that Malik Tapar is lying on the ground and hurries him to the palace for treatment.