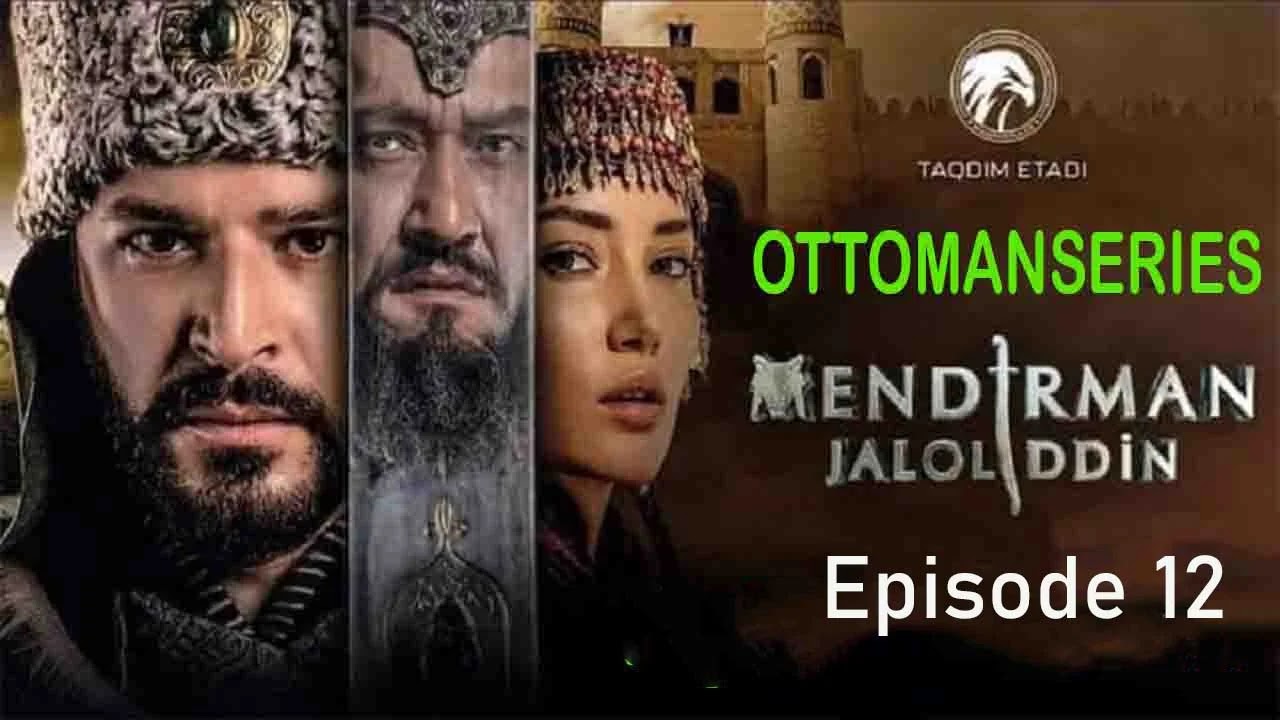 In Jalaluddin Episode 11, She tells Jalaluddin that Genghis Khan knew you would save me because you are a good man. Genghis Khan wanted Jalaluddin to take you with him so that I could be his spy otherwise he would have killed my brother. She tells Jalaluddin that my brother is my life and you were a stranger to me at that time. He has no one but me and on the other hand, you had your army, plan, and country. What should I do? Should I let my brother die to tell the truth? Now I am ready for any punishment, whatever you want and I was the cause of the war between you and Turkmen Hatun. I was the cause of many other things and above all, I was one of your enemies.

Read: Genghis Khan was advised by his wife in political matters

In Jalaluddin Khwarazm Episode 11, there is a battle between Akash Shah and Hashashin. In which all the hashish are killed but one of them escapes. Timur Malik, on the other hand, is punishing Bahram in prison. But Bahram does not give up, he says to Timur Malik, if you are enjoying the punishment, you can continue this punishment. But if you want to get information from me, it will be completely useless for you.

In Jalaluddin Khwarazm Shah Episode 11, on the other hand, Turk Hatun tells his daughter-in-law that Jalaluddin will remain our grandson even if he does not marry the girl of my choice. On the other hand, I was against this marriage but could not allow traitors to stay in the palace. Praising Turkuddin Hatoon, she says that what is the mind of Jalaluddin, he has caught all the traitors on the day of marriage and eliminated them. He should be the king of the world but he has stood against me only because of this treacherous girl.

In Jalaluddin Khwarazm Episode 11, Jalaluddin comes out of the room in a state of great anger. He is sitting in the courtyard of the garden when Sultan Allauddin comes and sits near him. He sees Jalaluddin’s sad face and understands that Jalaluddin has some trouble. He asks Jalaluddin the reason for the trouble in which Jalal explains his reason and says that the murdered woman has a brother who has been arrested by Genghis Khan.

In Jalaluddin Khwarazm Episode 11, Sultan Aladdin says that he knew that Genghis Khan had arrested a prince. But I did not know that he was my daughter-in-law’s brother. Jalaluddin tells Sultan that I did many things unknowingly without your permission but now I need your help. Sultan Aladdin says we will use a fox to save Jahangir. A fox is one who has neither his own country nor his own home. Allauddin says I would prefer him to ten thousand soldiers, the only one who can help us.

In Jalaluddin Episode 11, Akash Shah tells his brother Jalaluddin that we have killed all the Hashemites but one of them has managed to escape. We then conducted a thorough search of his secret room, which revealed that Bahram had Hassan Sabah’s ring. Jalaluddin informs Malik Timur this year that if Hassan Sabah’s ring is taken out of Bahram, it will come to many of us. Timur Malik goes to prison and tries to get information from Behram about this ring but Behram does not give him any information. Timur Malik opens his mouth, which shows that Bharam has swallowed the ring tied to the thread in his stomach. Timur Malik manages to get the ring out of Bahram’s stomach.

In Jalaluddin Khwarazm Episode 11, Shamsiddinbek says that Timur and Akshah are arranging something. Turkan requests that Mihri disturb Jalaluddin and Akshah. Uzlag and Shirin enjoy a reprieve out and about and talk about what’s to come. Turkan goes to the nursery of the royal residence and starts conversing with Kutlu. Turkan tells that the wedding in the castle was extremely delightful and the swindlers were furtively gotten around then. Turkan tells that Shehzade left the castle promptly toward the beginning of the day and asks Aycicek for what reason he did something like this.

In Jalaluddin Khwarazm Episode 11, Jalaluddin goes to an inn close to Samarkand with his protectors. That evening the fox goes to the inn and every one of the clients goes out. Jalaluddin says that he is searching for Tukhtav. The fox says that discovering Tukhtav is troublesome and dangerous. Shamsiddinbek reveals to Turkan that Behram will admit a few things yet that he should be distant from everyone else with him to do as such. Uzlag sets up a tent to rest someplace that evening and weds Shirin there. Jalaluddin goes to the dark timberland to discover Tukhtav.

In Jalaluddin Khwarazm Episode 11, Kutlu appeals to Allah for Jalaluddin. In the interim, Subutai shows up at the Mongol army installation. Genghis emerges from his tent. Timur takes a few warriors with him and goes to the woods to help Jalaluddin. Subutai says he bombed his main goal and requests that Genghis execute him. Timur gives Hassan’s ring to Jalaluddin and says that a few groups need to converse with the detainee.