According to the trailer in jalaluddin Khwarazm episode 3, sultan alauddin says that the justice of the empire is not as delicate as a water bubble. Prince jalaluddin should be put in prison because of his work. You are not a winner. You are not aware of the cruelty of the mongols. 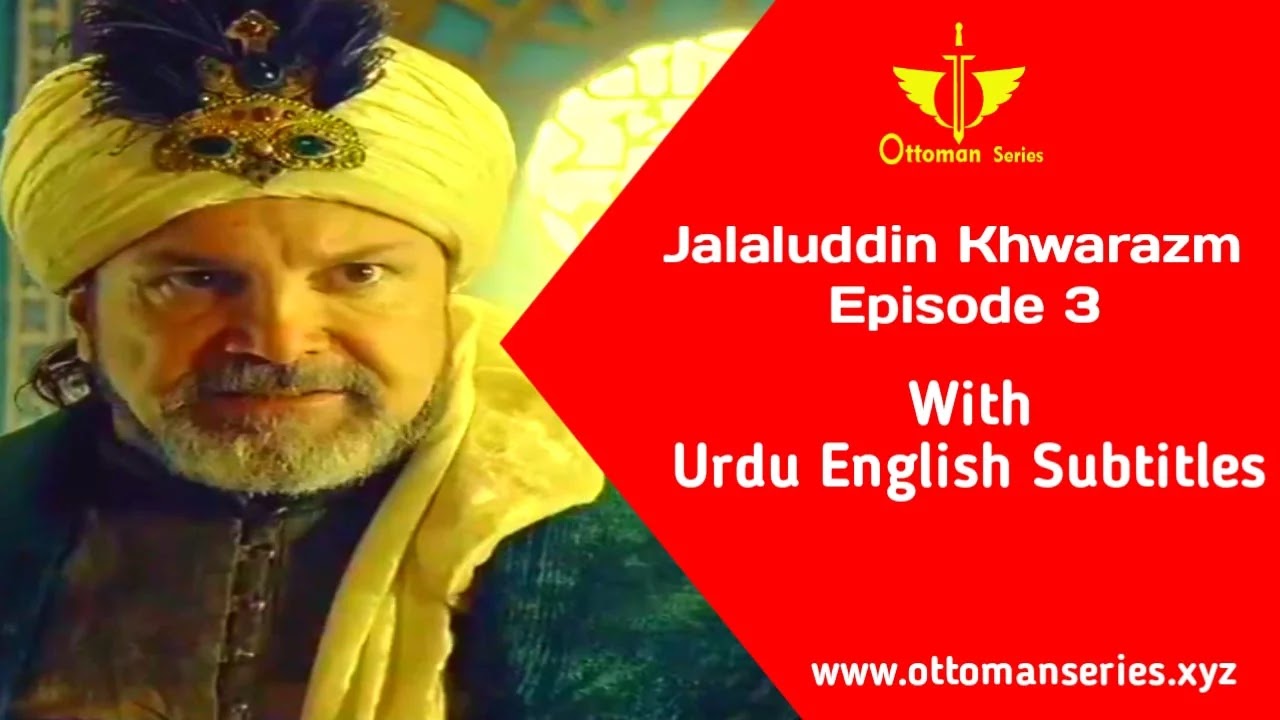 Of course everyone will have seen the second episode of the drama “Manderman Jalaluddin”/” Jalaluddin Khwarazm shah “.

Jalaluddin Khwarazm Shah Episode 2 begins with the domestic problems of the traditional mother-in-law, in which Jalaluddin’s mother looks worried for her son, this is mamata, the future of the son… That is, she does not want her to be married to the woman who wants the Tarkan Hatun (grandmother of glory).

On the other hand, Jalaluddin Khwarazm is with the mongols and wants to save the woman from dying. It was to hear that prince Jalaluddin Khwarazm tells himself that if this soldier is the prince of the Khwarizmian Empire and the son of sultan Alauddin!??

The prince’s revealing himself to save the life of an oppressed woman without considering that the land he is on is the cruel people by whose name the world is terrorized.

But! The prince’s words, “I can not see anyone being cruel“, and to hit the cruel and brutal people is definitely a sign of bravery and bravery, and that is why this person is alive in history. It is a surprise for Changiz Khan that Khawarzmi prince is present in front of him, then leaving the woman that this is my friend will be considered (but apparently in front of him) and capturing the woman through soldiers in a torture… From here the brutality and oppression of mongols can be seen.

The tarkan woman’s love for Jalaluddin Khwarazm is not less and she might not even avoid sacrificing her life for him. For the prince to bring a lady from his tribe, but this opposition from the prince’s mother (which is not in open words) is only to be silent because of the prince and sultan. Moreover, the same bitter words of both the sultan’s wives continue as well.

The princess’s mother (name is very difficult) to talk to the sultan about this and immediately reach the Turkish woman and say the beautiful thing.

“As long as there is a rule of lies, rumors continue to spread,” which is clear and clear in the present situation.

Going ahead and talking to Timur malik and Jalaluddin Khwarazm and saying Timur malik that if Chengis khan amasses our way and I could not protect my trust, it would be difficult for me to survive.

Prince we could not leave this woman in her situation, “if I had done so, I would have betrayed your knowledge” which I do not want to do, we would be the hope of the oppressed.

Jalaluddin Khwarazm Episode 2, the same teacher has been highlighted, which is also in dire need of the current situation. It is remarkable for Jalaluddin to pay tribute to his teacher in these words. “The swivel of my sword and the success of my prey, both are the cause of “Timur Malik” and then planning to get the girl out of there.

On the other hand, the Tarkan woman’s future and peace talks and claiming the happiness of the people, the poetry and poetry concerts, the invitation to invite good poets for the wedding, and the fact that listening to beautiful poems confirms their loyalty.

Their heavy clothing and different types of hat shaped dupatta and heavy jewellery would actually be wrong not to talk about their apparel. To increase the closeness of the khwarizmi soldiers with the Mongol soldiers so that the plan to save the woman can be completed, and then the soldiers also take the Mongol costumes from them.

Before eating food with great beauty in the mongols’ table, praying and eating beautifully, while after eating the mongols, with strange movements with shoes, the mutual agreement of both the empires, the promotion of peace (which is a matter of fact that the mongols are and talk of peace) promotes trade, etc….

Jalaluddin and comrades are very clever and clever to save this lady and to run away from there secretly. It is important to doubt them before leaving the Mongol areas and to remove the empty box. It is very surprising for the audience as well. Well, to remove them from there and put the man behind Changiz khan, which is the tradition of mongols.

The peace agreement, which was only the name, was broken because Jalaluddin saved the girl. The good agreement is to break even later that the mongols and peace cannot go together.

Jalaluddin’s wedding preparation is going on and many programs were going on, that is, waste is not only today’s problem, but it is coming from the beginning, especially influenced by rich and powerful people. Waste and waste customs have become almost a part of marriage, while the real thing is just marriage…

Finding them in pursuit of the mongols’ khwarizmi soldiers and starting a war, war scenes that we all liked (action) since the desert was kind, the new and amazing kind of strategy was seen in the war… Which was greatly appreciated by the audience. It came to hear that this is the way of Hazrat Khalid Bin Walid (RA). If I don’t know much about it, I can’t write about it.

Jalaluddin and his companions

Jalaluddin and his companions should go on their way and then talk about jalal and this girl… This is the impression that there will be a marriage going forward, such as Ertuğrul and Hamila Sultan. Save from imprisonment and then… As we saw in the Ertuğrul play that after saving Halima from the crusaders, the problems for the Kai Tribe increase and become more hostile (whereas before that the Kai Tribe was living peacefully), there will also be some such thing that the mongols will become their enemies and will attack the khwarizmi empire and thus try to reach more areas.

But his current target is “China” only the later areas will be seen later.

Changiz khan’s meeting with his spies

Changiz khan’s meeting with his spies, the spy was an important part of this era. One of Salahuddin Ayubi’s words is very famous: “if you have a spy, then understand that your 1000 soldiers were killed.” the spy army has ears and eyes. Sultan Salahuddin Ayubi’s own spy system was extremely high, which is why he defeated the crusaders to save “quds” and quds was again Muslim.

That is, Changiz Khan was also very fast in the era. Bahram (Changiz Khan’s spy, in the khwarzmi areas), which Changiz Khan instructs to continue his raw and convey all the news to him and also says that more of my people will find you here. You will also find a woman (spy) there… now I think the spy woman may be the one who left Jalaluddin Mongols to take the palace with him, maybe this is a trick of Changiz Khan… Because in sarai he was aware of the weakness of jalal’s kindness and also knew that he was going to meet Changiz Khan so maybe he was going to save the lady from jalal and send her to the palace as a spy, it is probably a trick.

Now you will see whether the girl is a spy of Chengis Khan or is really oppressed!?

The episode comes on Sunday… Whose Urdu subtitles come on Monday, sometimes some reasons are delayed one day. The purpose of telling is that if one day the drama gets late, avoid saying bad things to anyone and encourage the subtitles team.

The review of Jalaluddin Khwarazm Shah Episode 2 comes late while the episode comes on Monday, so that the reason can not be written on Monday and Tuesday due to personal engagement, so the episode can be written on Wednesday. Hope you like this article.